Are We In A Recession?

Are We In A Recession?

Plenty to talk about on today’s podcast and we are going to center our discussion around the question “are we in a recession?” Many people say yes. Their argument is that we have seen two quarters in a row where the Gross Domestic Product (or GDP) has been negative, and this has historically been the rule of thumb on determining recessions. But the official arbiter of recessions is the National Bureau of Economic Research – and they look more holistically at whether we are in a recession by measuring if we have faced a significant decline in economic activity spread across the economy that lasts more than a few months. Thus far they have not declared us in recession. You may disagree, but I would argue that we are not yet in recession. But it is understandable why we are all confused. Historically, if you see a drop in GDP two quarters in a row, you are also going to see a loss of jobs, but that has not been the case this time around.  Jobs are still plentiful. Anyone who wants to work can find it. Granted, it may not be the job they want, but they can most certainly find work. That does not happen in a recession.

So why has GDP and employment become temporarily unlinked or uncorrelated? I believe it is because of Covid and the decisions we made during its early days. I want you to think about the unique nature of what we have been through. Never in the history of the world has there been a coordinated shutdown of the bulk of its productive capacity. We saw a screeching halt come to production of goods in 2020.  But the world economy is not like a light switch that can be flipped back on once it has been turned off. It is more like old school locomotive that takes time to crank up and even more time to get rolling. But not only were the productive capacities of the world turned off – but through government intervention, cash was poured into the system unlike anything we have seen in our lifetime. So you have more ability to buy things than we have seen in recent memory, and less capacity to produce it. This led and continues to lead to inflation. Too much money chasing too few goods.

This leads me to why I think we are still seeing an economy near full employment, while GDP has gone negative. We are still working through the backlog of the last two year. There is so much work in the pipeline that businesses are trying to catch up on. There is plenty of work for workers to do, even though there is not new work coming behind it. I’ll give you an example that illustrates this point. There is currently only a 1-month supply of new homes in the US that are completed and ready to be sold. But if you look at the houses currently under construction but not finished, there is a 10-month supply which is the highest new home inventory since 2009. That means that there is a ton of work in progress that has yet to be completed. This is going to keep construction companies and their workers busy for months. But because demand is waning with higher interest rates, these builders will eventually slow their new projects and maybe sometime next year actually have to start laying people off. All this to say…there is a historic lag in yesterday’s demand catching up to today’s demand. Once it finally does, we will indeed be fully in recession. At the beginning of the year, I was sounding warning bells that a recession was coming. But I don’t think it will come in its fullest extent until sometime in 2023 once the system catches up on its backlog. It is very uncertain whether this is a mild recession, or one of significance. It could be either. So, I’ll say it again – one of the best ways to prepare for any measure of recession is to pay down debt and/or increase your reserves. Don’t be caught behind the eight ball this time next year, because things may look very different.

In the meantime, in this intense inflationary environment, are we seeing prices ease anywhere? Actually, we are. The wholesale price of lumber is the lowest it has been all year. We’ve all seen gasoline retreat from $4/gallon back down in the $3.30 range. Copper is also down almost 25% since the beginning of the year and copper is a leading indicator of commodity prices. Home prices in many metropolitan areas have leveled off, with high priced homes already coming down to some extent. Prices of smart TV’s and other electronics have not fallen, but we are getting more features for the same price in some instances. Home appliance costs, in a few instances, are even falling a bit.  But we certainly have other prices such as natural gas making record highs and even more pain to come. Inflation is far from being in the rear-view mirror. It is going to be with us for some time, but it is possible that it peaked back in July. How are we coping? Many are living off savings acquired during the pandemic. Others are changing purchasing habits from brand names to generic. Others are being smarter in the way they buy. As a personal example, my wife and I recently had a conversation that we finally needed to join Sam’s Club and start buying in bulk for our family of 6.

The Fed is super concerned about the remnants of inflation, so they are likely to keep their foot on the pedal raising interest rates. Jerome Powell said as much just a little over a week ago, and stocks have taken it on the chin as a result. The Fed has basically communicated that it is going to take a recession to cure inflation. But they highlight inflation as a more serious threat than a recession, so they are willing to stomach one to avoid the other. They say recessions are temporary while high inflation can be self-reinforcing and perpetual.

The Crypto-Space has also been hit hard with the prospect of a higher Fed Funds rates. Bitcoin is back down below a key support level of $20,000 with others following suit. Most Cryptos have lost nearly 2/3 of their value since November of last year, with some even going all the way down to zero. For a time last year we were getting a few people asking how they could buy crypto. I will say in recent months we have not been hearing that question. There is a lot to come to on the regulatory front as we try to figure out what role Crypto will play in our future. It is certainly going to play some role, but we are still trying to figure out what that is.

A closing exhortation for you: be careful about allowing your politics to influence your view of the economy. Regardless of your preference about who is in the White House, evaluate the economy, its threats, and opportunities objectively. If you don’t, you’ll be overly fearful when your pick is not the President, and overly optimistic when your favorite is in the White House. Although that person is, indeed, the most powerful person on the world, markets are infinitely more complex than one person, and they can go up or down not only because of, but in spite of, that person.

At MBC and Foundation Bank, one of the ways we try to add value is by bring objectivity to your finances. You can’t be fully objective about your small business or your personal finances. We can give you an outside voice of objective reason to help you make better decisions when you borrow, save, manage, or even give away your money. We invite you to start your financial conversation with us today by exploring our website or visiting your local branch. I’m so thankful to have the opportunity to provide this Podcast for you, and if you’ve it helpful I invite you to subscribe on your favorite podcasting app and share it with others. Until our next podcast, God bless you. 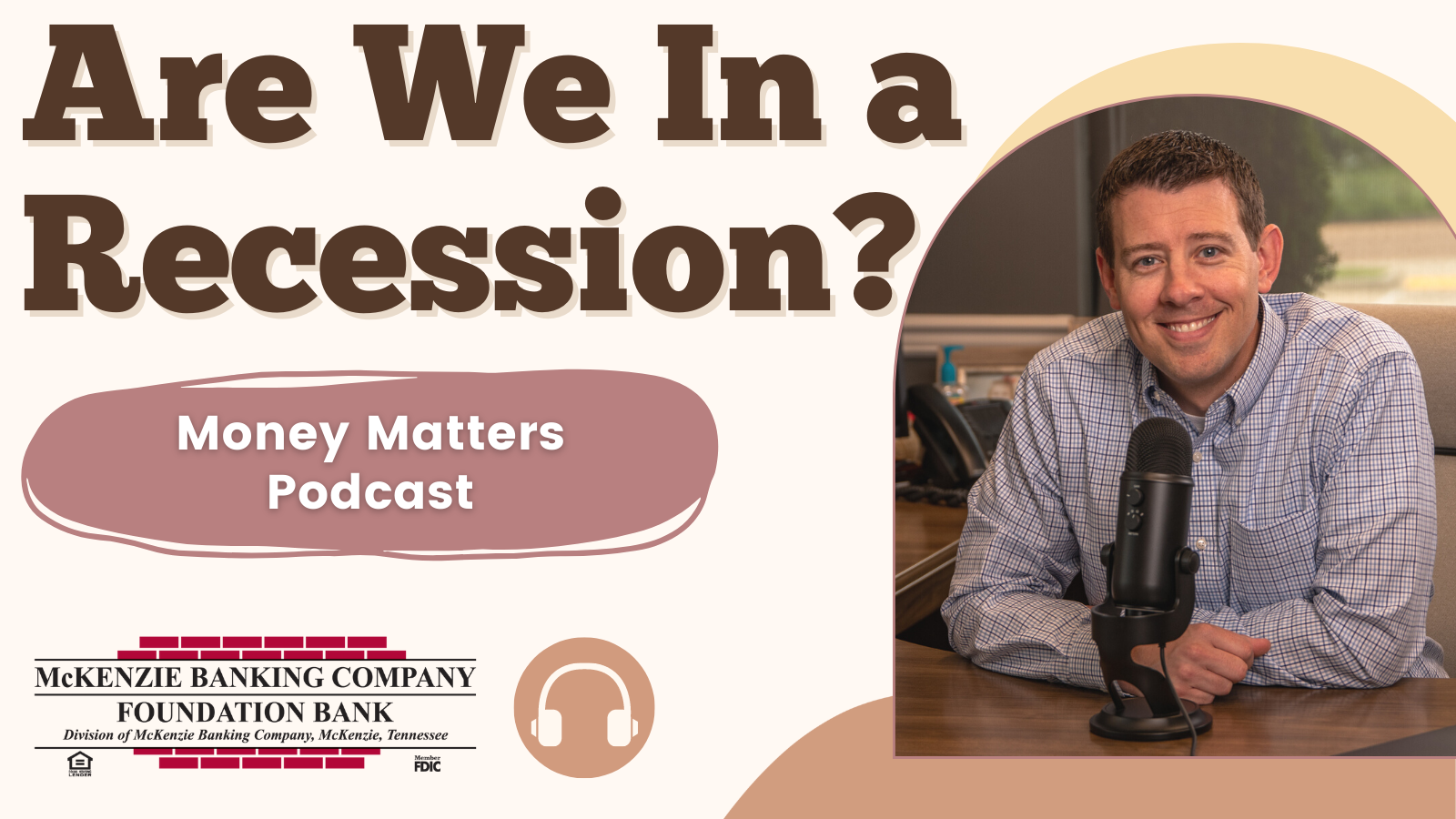