Today we are going to be talking about a lesson on inflation from Neyland Stadium. But before we jump in, I did want to note that we’ve gotten some positive feedback on our leadership series, so we’ll be jumping back into that material in our next episode. But today, I wanted to talk about a topic that is on everyone’s mind – inflation. You really can’t understand what to do in an inflationary environment unless you understand what causes inflation. In today’s episode I hope to explain in a simple and understandable way what causes prices to go both up and down. In doing so, I hope to give you realistic expectations on price pressures in the future, as well as equip you with a filter to help understand viable solutions for making things better. There are going to be lots of suggestions out there on how to cure inflation, and some of them may do more harm than good – so I want you to be able to intelligently respond to the host of ideas that will be floating around out there.

Let’s start with what causes prices to go up. It is quite simply either an increase in demand, a shortage of supply, or both. I have often said to my wife that if I was ever to teach an economics class and came to the topic of supply and demand, I would take the class on a field trip to a UT football game. So, let’s go on a virtual field trip together to Neyland Stadium. I know you other SEC fans will have to hold your nose, but hang with me for a bit and I think you’ll be able to see some supply and demand forces in action and their effect on prices. Let’s say that you are trying to decide what UT game you are going to and you are looking at the schedule. You don’t have season tickets and you don’t know anyone with season tickets, so you’re going to buy your tickets on the street in front of the stadium. Side note: this doesn’t happen much anymore in a world of digital tickets – but you used to walk down Cumberland Avenue and see people buying and selling tickets everywhere – a ticket marketplace of sorts. You’re trying to decide on whether you do see the TN vs. Akron game, or the TN vs. Florida game. Now right off the bat, you’re going to notice the effect of demand on price. Do more people want to see the Vols play a non-SEC team they are likely to beat or a bitter SEC East rival like Florida? Obviously, more people are going to want to see a Vols/Gators matchup. What will that increase in demand do to the price of those tickets, it will go up. Simple enough.

Now what if the renovations to Neyland Stadium were not finished and the normal supply of 100,000+ tickets was put down to 75,000 because the north end zone was closed off. That is a reduction in supply, so now we have an increase and demand and a decrease in supply making those Florida tickets worth even more because you have 100,000 people bidding up the price on 75,000 tickets. Those are going to be some expensive tickets. We could conclude that the tickets in advance are more than we are willing to pay. What could possibly happen to bring these ticket prices back down to earth? Either a decrease in demand (let’s say FL or TN end up being terrible and it looks like it’s going to be a lopsided victory) or an increase in supply. An increase in supply couldn’t really happen because there is a finite number of seats – you can’t just add new seats all at once. We decide we are going to go to the game, but to address the problem of inflated ticket prices, we are going to wait until 2 minutes after kickoff to buy our tickets. At that time, demand is going to be less once the game has already started, so if there are still tickets for sale, we will probably be able to buy them at a cheaper price.

Okay, now let’s turn from our Neyland Stadium scenario to our current experience with inflation across the US economy. Demand has been super-charged by economic stimulus in the form of money added to most American’s bank accounts. When there is 40% more money in the economic system, that creates more demand for goods and services. Additionally, because we have a larger supply of money, that money is worth less. The large supply of dollars has caused the value of those dollars to go down vs. the “stuff” we could convert those dollars into. It’s possible that the sheer amount of purchasing power in the system would be enough to cause inflation, but when you couple with that less supply, it just adds fuel to the fire. Never in the history of the world have we seen production been shut down in a coordinated and almost instantaneous fashion like we saw during the pandemic. Once you try to restart the economic engine, it takes time to ramp the worlds production back up. As a result, we are able to produce less now than we were prior to the pandemic in many cases. This decreases supply at the same time when there should be an increase in supply to address the increase in demand we’ve already discussed.

We have a problem here, don’t we? What are the viable solutions to either decrease demand or increase supply so that prices will ease? Well, the Fed is engaged in a process of raising interest rates. Their goal is to affect the demand side of the economy. If the price of borrowing money goes up, you are less likely to borrow money. In their thinking, this should decrease the demand. In a sense, they are right. But this is a blunt instrument that can also have negative effects on the ability to focus on the other side of the equation – the increase of supply. I believe that the increase of supply is the more important economic lever that we have to affect the price of goods and services. So any policies or ideas that allow businesses to produce more are going to be the ones that have the greatest effect on taming inflation. Streamlining of regulation is a powerful policy tool that can help businesses produce more. A reduction in tax rates is another tactic that can incentivize increased production and thus increased supply. Lastly an increase in the supply of available workers can help increase production of goods. This could be accomplished through immigration, trade, and unemployment reform. This is not an exhaustive list of items to help with the supply side – but a place to start. These are not political statements, they are simple ideas to increase the supply available for the things we buy, thus generating the possibility of price relief.

What doesn’t work is price fixing. No matter how high the price of something becomes, fixing the price or locking it in so that it can’t float higher actually decreases supply, because it causes many producers to get out of the business altogether because they can’t make a profit. In 2005, right after Hurricane Katrina we saw gas prices above $4 per gallon. These higher prices incentivized new producers to get into the business, which incentivized new means of technology to better compete, which led to the fracking revolution, making the US a net exporter of oil rather than energy dependent on the middle east as it had been for years prior. Had prices not been allowed to float at market prices, that incentive would not have been there for increased production. The supply of oil increased and eventually the price of it decreased. To go back to our UT Florida game example, if you could find a way to add another 25,000 seats, it would probably have some effect on reducing the price. Simple, but not easy, right? So other than advocating for barriers for production to be removed, what can you do as a small business owner? Focus on efficiencies. Incentivize your team to find better ways of doing what you do. Work smarter. Be willing to make investments that cost you more today but will save you more over time. Prices will come back down at some point in the future, but it may take time, so be patient. Inflation could be with us for longer than any of us would like.

Speaking of interest rates being here, at MBC/Foundation Bank we have creative solutions that might actually save you money on the interest that you pay. Start your financial conversation with us today by exploring our website. If you’ve found this podcast helpful, we hope you will share it with your friends and subscribe on your favorite podcasting app. And until our next podcast, God bless you. 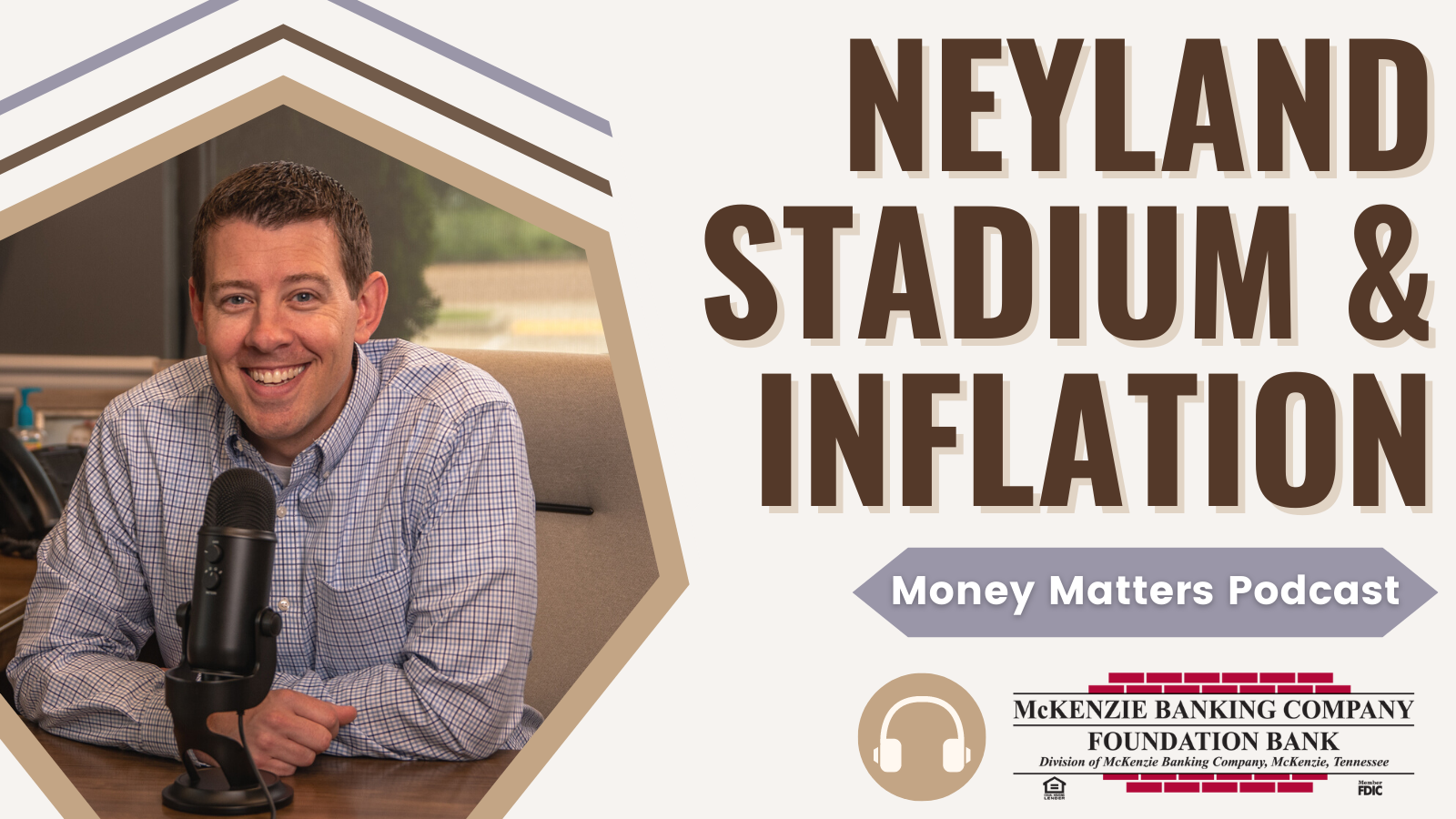 Mere Leadership: Directing Your Team What to Expect from Inflation & Learning from Elon Musk