In January of last year, I shared predictions from Karl Rove for 2022. Predictions are more fun than anything else. No one knows the future, so we make guesses, in some cases educated guesses, about what might happen. As many of you know, Karl Rove is a Republican strategist and was deputy chief of staff for G. W. Bush. He’s been around for a while and has been making yearly prognostications for several years and each year publishes them in the Wall Street Journal. Each January he gives an honest review of how he did in the previous year and what he predicts for the year ahead. He actually did pretty well in 2022 with about 74% of his predictions panning out. Not bad for guessing. Some of the notable things he was right about in 2022 include inflation rising faster than wages, Republicans retaking control of the House, Mike Tirico replacing Al Michaels on Sunday Night Football and Golden State becoming NBA Champs. So what does he predict in 2023? I’ll share a sampling. The entire list can be found in the Wall Street Journal. Rove predicts that Biden will run for reelection but will face a challenge from a fellow democrat who is concerned about the 80-year old’s electability. He predicts a small field of roughly 6 republicans in the GOP primary, with Donald Trump losing steam as the year progresses. He reaffirms last year’s prediction that inflation continues to outpace wage growth. In his mind, Ukraine will make strides in 2023, but not as much as they hope. He predicts a rise in the S&P 500 and that the US will avoid recession but have one negative quarter of GDP. He expects Tom Brady to retire after the Bucs lose in the playoffs and for Lebron to pass Kareem Abdul-Jabbar for all-time scoring before the All-Star break. He also thinks Taylor Swift will snag a Grammy for Album of the year.

While we’re at it, here are a couple of predictions I’ll throw into the mix from my own perspective. People will move less in 2023. With higher interest rates many people are “stuck.” If you have a 3% mortgage you’re not likely to move unless you experience a major life change like a job move, divorce, or death. Many households would have to downsize since their mortgage payment could be as much as 50% higher for the same price house in today’s environment. Sellers will lose some of their pricing power in 2023, but because there will still be tight inventory, prices are not likely to go down much – maybe with the exception of some higher priced homes. Builders will add to inventory with new construction, but they are likely to slow their pace of building as the year goes on. I still believe that recession is coming in 2023, so I would disagree with Mr. Rove. I think inflation will come down but remain stubbornly high, which will cause the Fed to continue raising rates at least .50% and more likely 1% to continue trying to tame it pushing the prime rate potentially as high as 8.5%. Even once the Fed stops, I think they will hold rates at those levels longer than the market currently anticipates. Some good news for West Tennesseans: although things are likely to slow down economically (and actually already have) the investments surrounding the new Ford plant will insulate us to some extent from the degree of recession other metropolitan areas will experience. The global supply chain should continue to heal in 2023 as Covid rages through China and goods producers catch up on their backlog, but the labor market (even with unemployment going up a good bit) will remain tighter than normal because of a mismatch of skills and needs in the workplace.

As I’ve said many times, we cannot predict the future consistently. Even the Ivy league educated members of the Federal Reserve board got their interest rate predictions wrong in 2022. Very few people saw interest rates more than doubling over the course of the year. So, we have to concede that there are surprising things coming at us this year that we don’t see coming- both good and bad. If a clear view of the future is ultimately unknown, what do we do?  There are steps we can take today to put us in better position for the host of realities that are going to transpire as 2023 progresses. I’m going to commend one of those steps as we close.

I made the case in our last podcast that you simply cannot be a faithful manager of your money if you have no idea what you are spending and have no plan on telling your money what do. I want to commend a tool that can help you do this – that can turn your focus from what you can’t control (which is economic events) to what you can control (how you use your resources). It’s called YNAB, which stands for “You Need a Budget”. Now a word of personal testimony here: in tracking my family’s expenses, my wife and I have used paper, spreadsheets, and most recently Mint, which is an online tool similar to YNAB. I’ve heard clients rave about YNAB for years, so I gave it a trial in December and love it. It is the tool we will be using for 2023. Why do I think it has an edge over Mint and other tools? And to be clear, I’m not being compensated to sing the praises of YNAB. It is just a tool that I have found valuable in a very short period of time. Here are 6 reasons why I think YNAB is a great tool:

The only real drawback is that it comes with a monthly subscription. Whereas Mint is free and you see lots of adds for other products, YNAB costs about $10/month. I would contend that if you are paying for something, you might actually be more likely to utilize it than something that is free

Many of you are paying for banking services – whether it is on your checking account or the interest rate on your loan – but what are you getting in return? It’s okay to pay for something if you are receiving value that exceeds the cost. At Foundation Bank, we want to be worthy of every dollar that you are paying us. We want to exceed your expectations when you do a loan with us – not just giving you money to borrow but advice to implement. If you want more for your money, we invite you to check us out by exploring our website. If you’ve found this podcast helpful, we hope you’ll subscribe to it in your favorite podcast app and share it on social media. Until our next episode, God bless you. 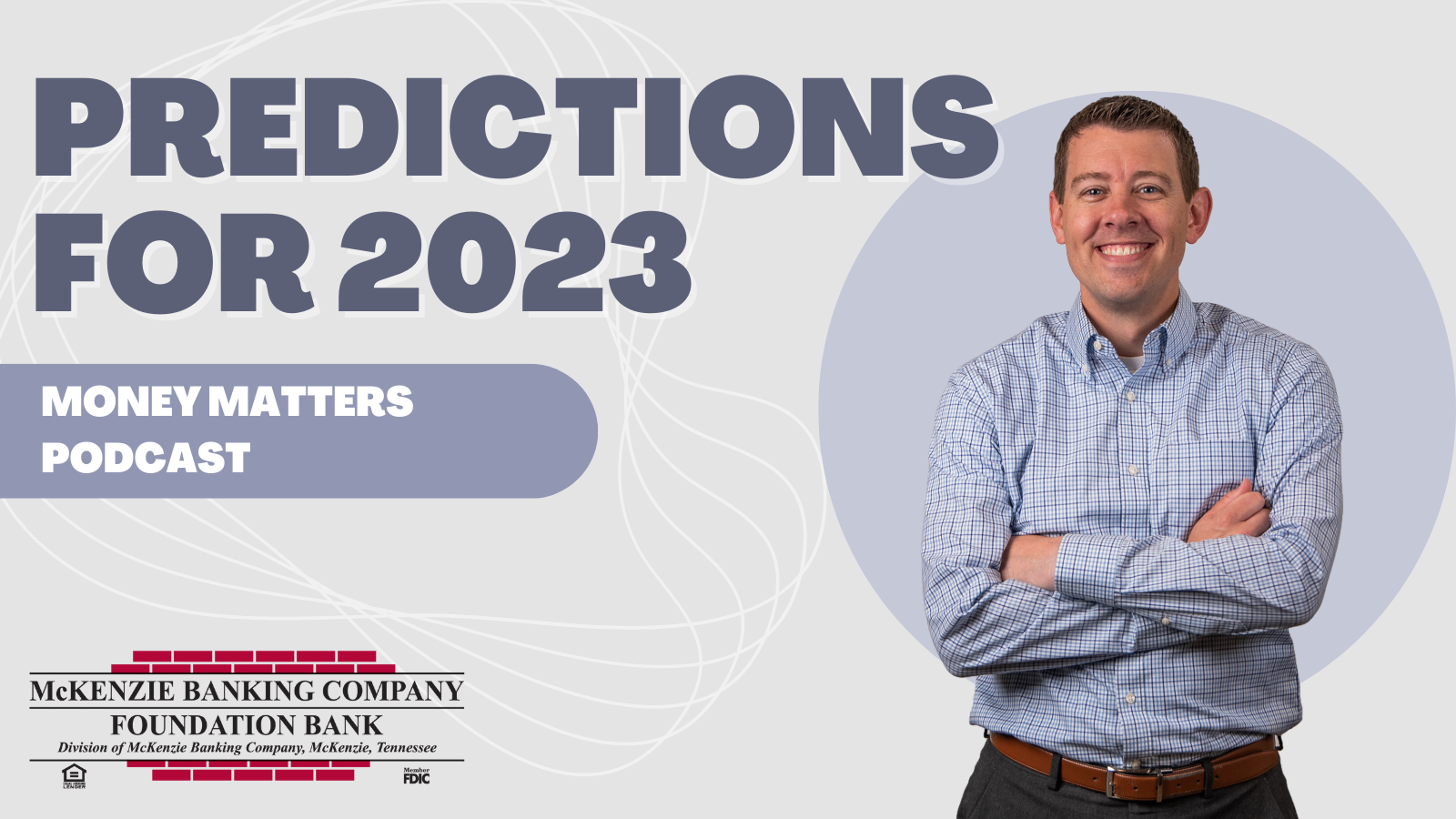